Qatar Concert Choir is Qatar’s leading Choral Ensemble. It is an audition, not-for-profit choir that performs a challenging choral repertoire and produces professional calibre performances. Under the baton of Giovanni Pasini, Qatar Concert Choir regularly shares the stage with professional instrumentalists from the Qatar Philharmonic Orchestra, Cinemoon Ensemble, and the Doha Baroque Ensemble (the latter two members of the Qatar Philharmonic), and professional vocal soloists including Felicitas Fuchs, Stefanie Iranyi, Clint van der Linde and Benjamin Williamson. QCC has fast become the principal choir of its kind, not only in Qatar, but in the Gulf region as a whole.

Whilst Qatar has a relatively young choral tradition, its prodigious economic and population growth over the past two decades has mirrored an equally impressive rise in the arts broadly and in choral singing in particular.

Initially founded as the Doha Bach Choir, the Qatar Concert Choir was established in 2011 with a handful of singers who wished to promote Baroque choral music within Qatar. Since this time the choir has expanded both its membership and stylistic range. More than forty voices strong, the repertoire now includes everything from Bach and Handel to the Video Games Live franchise and Whitacre. The choir’s ongoing partnership with local Qatari composer Dana Al Fardan has seen collaboration in both live performances and the recording studio.

In 2018 QCC accepted a prestigious week-long invitation to perform Beethoven’s 9th in Malaga, Spain with renowned Maestro George Pehlivanian and act as guest choir for a conducting workshop he held for his senior students.

Today Qatar Concert Choir continues to grow and refine. With concerts and recordings already scheduled well into 2020, we are excited about what the future has in store and look forward to pushing the bar for choral singing in our region ever higher. 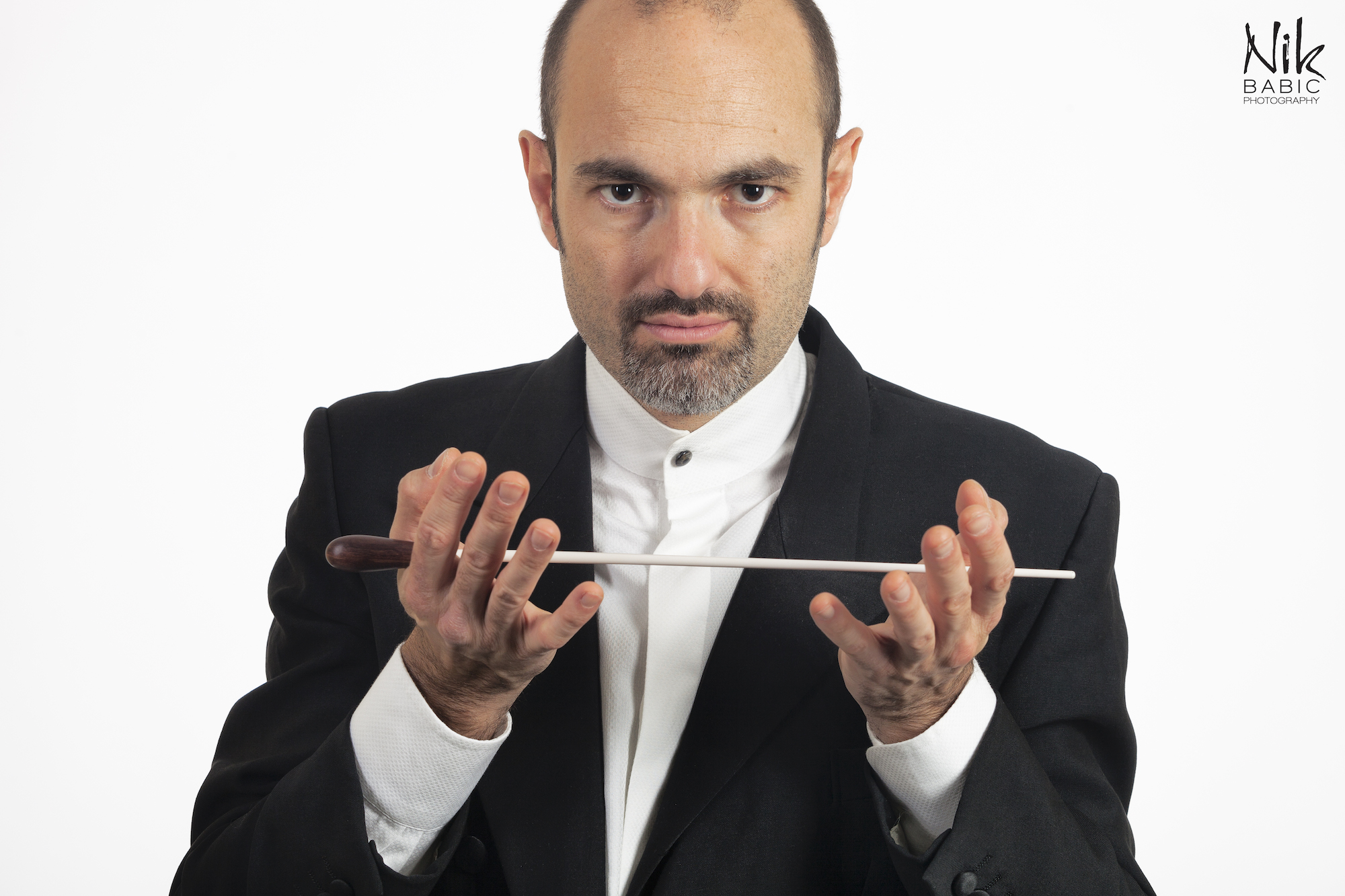 Giovanni moved to Qatar in 2014 when he was appointed Principal Viola of the Qatar Philharmonic Orchestra, after 15 years of principal viola activity in a number of accomplished orchestras around the world. He was privileged enough to work with artists of the caliber of Lorin Maazel, Riccardo Muti, Giuseppe Sinopoli, Georges Prêtre, Neville Marriner, Colin Davies, Rafael Frühbeck de Burgos, Bernard Haitink, George Pehlivanian and many more. Observing carefully as these gifted conductors worked through rehearsals slowly inspired him to pursue conducting studies.

Giovanni was initiated to conducting in 2011 by Christopher Seaman after being selected by the Australia-based Symphony Services International for their Conductor Development Program. After various masterclasses across Europe, among others with Atso Almila from the Sibelius Academy in Helsinki, he took his master’s degree in conducting at the Katarina Gurska Foundation in Madrid under the mentorship of renown conductor and pedagogue George Pehlivanian. During his studies, Giovanni could build his repertoire conducting various orchestras across the globe, such as the Tasmanian Symphony Orchestra, Auckland Philharmonia, Sydney Sinfonia, Bohuslav Martinu Philharmonic and Cairo Symphony Orchestra.

In September 2014, Giovanni was appointed conductor of the newly-formed Qatar Youth Orchestra. Since then, he regularly conducts extremely well received events where the young players sit side by side with the Qatar Philharmonic professionals, featuring young soloists from the Qatar Music Academy. On these occasions Giovanni also arranges a number of Arabic compositions for western orchestra and Arabic takht.

In the same year he was also invited to become conductor of the Qatar Concert Choir and, through its partnership with the Doha Baroque Ensemble, member of the Qatar Philharmonic, has been able to realize their joint mission to bring high-quality baroque music to Qatar. Together they have already performed Bach’s Christmas and Ascension Oratorios, Purcell’s Ode “Come ye Sons of Art”, Handel’s “Messiah” and the Opera “Alfred” by T. Arne. In December 2016 he conducted a Shakespeare celebration with a baroque potpourri from Locke and Purcell’s “The Tempest” featuring renown mezzo soprano Stefanie Irányi.

The reputation gained by the choir under Giovanni’s direction has made it the obvious choice for the Qatar Philharmonic when it comes to choral works to be performed in Doha. In August 2018 the choir travelled outside Qatar for the first time to perform Beethoven 9th symphony in Malaga, Spain.

In January 2018 Giovanni became the official conductor of the Cinemoon Ensemble, another spin-off of the Qatar Philharmonic, and started with them an intense series of film-music concerts as well as family oriented, educational shows. Under Giovanni’s direction, the ensemble gained immense popularity in Qatar, as documented by local social media and booking requests. Boosting a repertoire of 50 or more films & video games’ soundtracks, Piazzolla’s Four Seasons, and a number of original educational shows, the ensemble has helped many people and children to venture in the realm of classical music for the very first time.

Giovanni has been recently honored by the management of his own orchestra to conduct his colleagues in some important works for large chamber ensemble, like Wagner’s Siegfried Idyll and Stravinsky Dumbarton Oaks, and in December 2018 he has made his conducting debut in China with Peter & the Wolf while the orchestra was touring the country. 2019 will see him conducting the same in Doha, then a new series of videogames soundtracks and an educational show based on Mozart’s letters in June, among others. 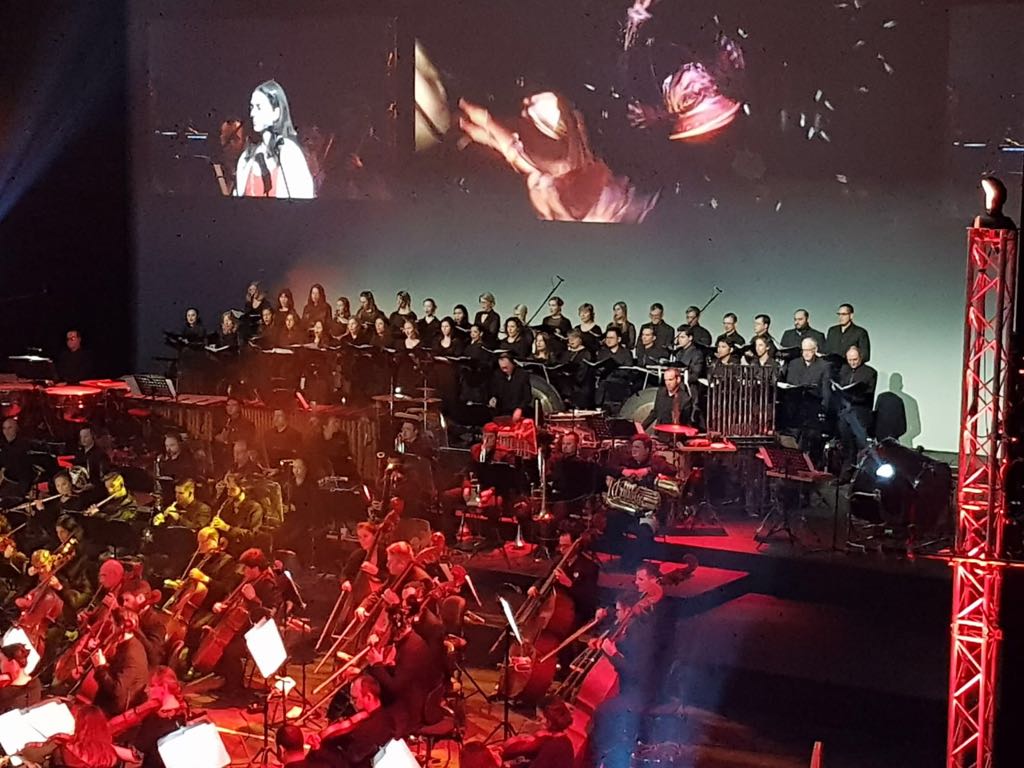 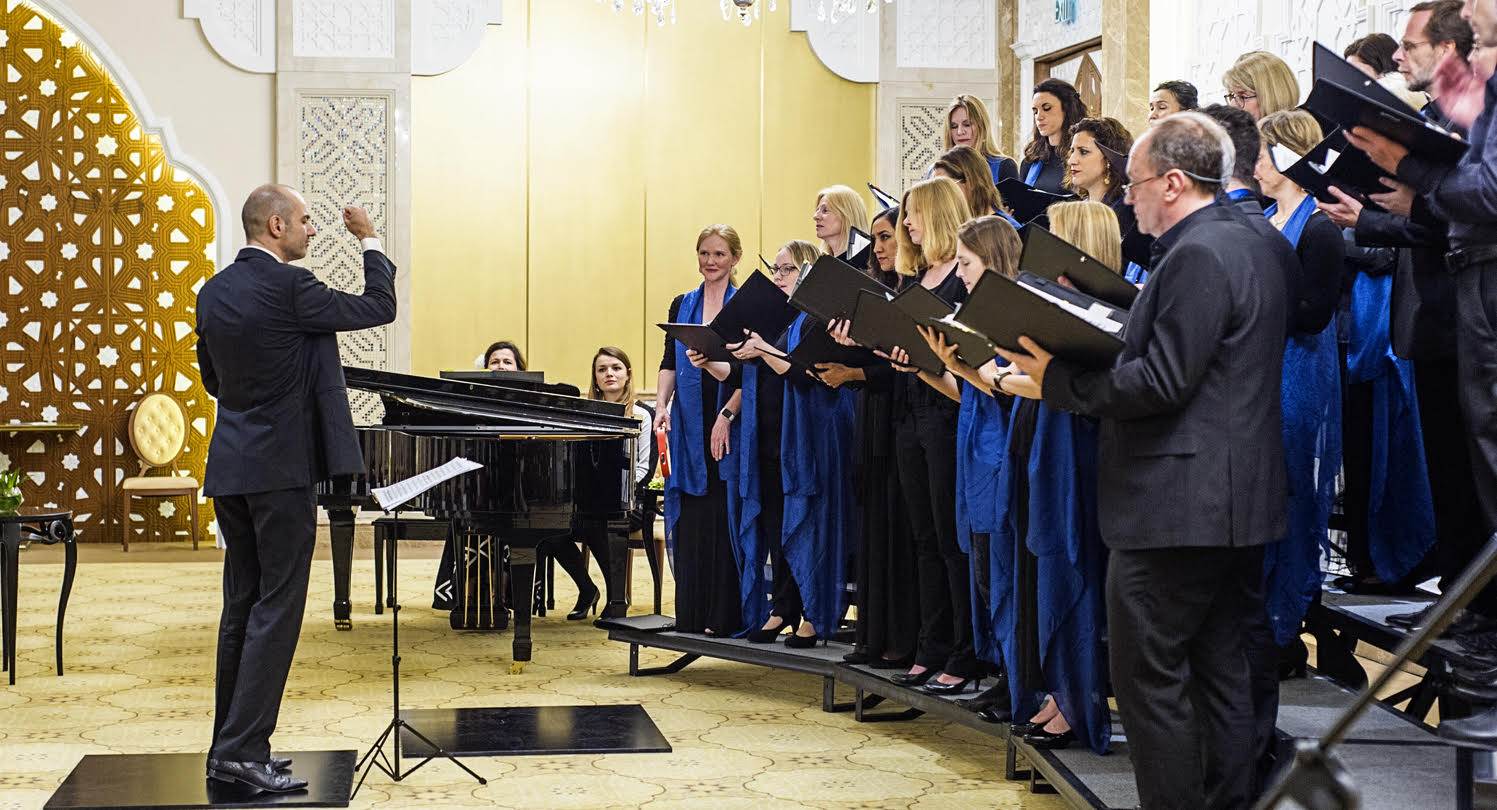 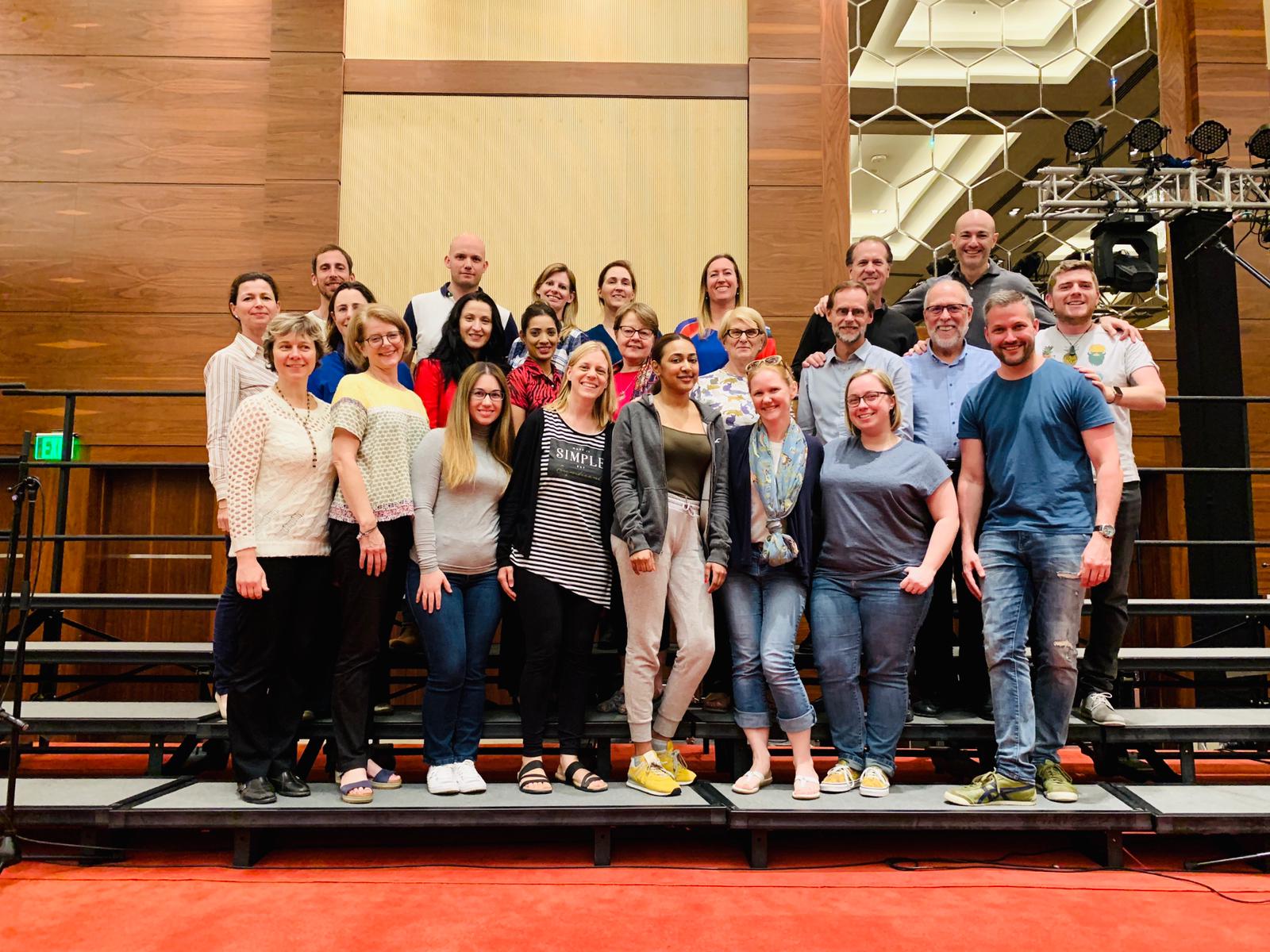 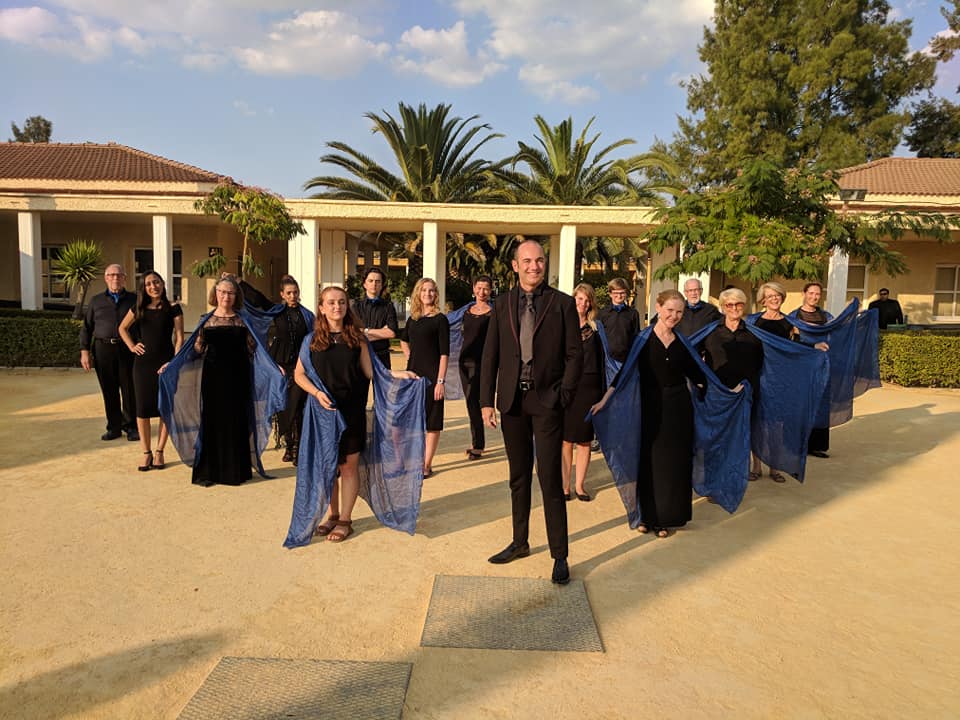