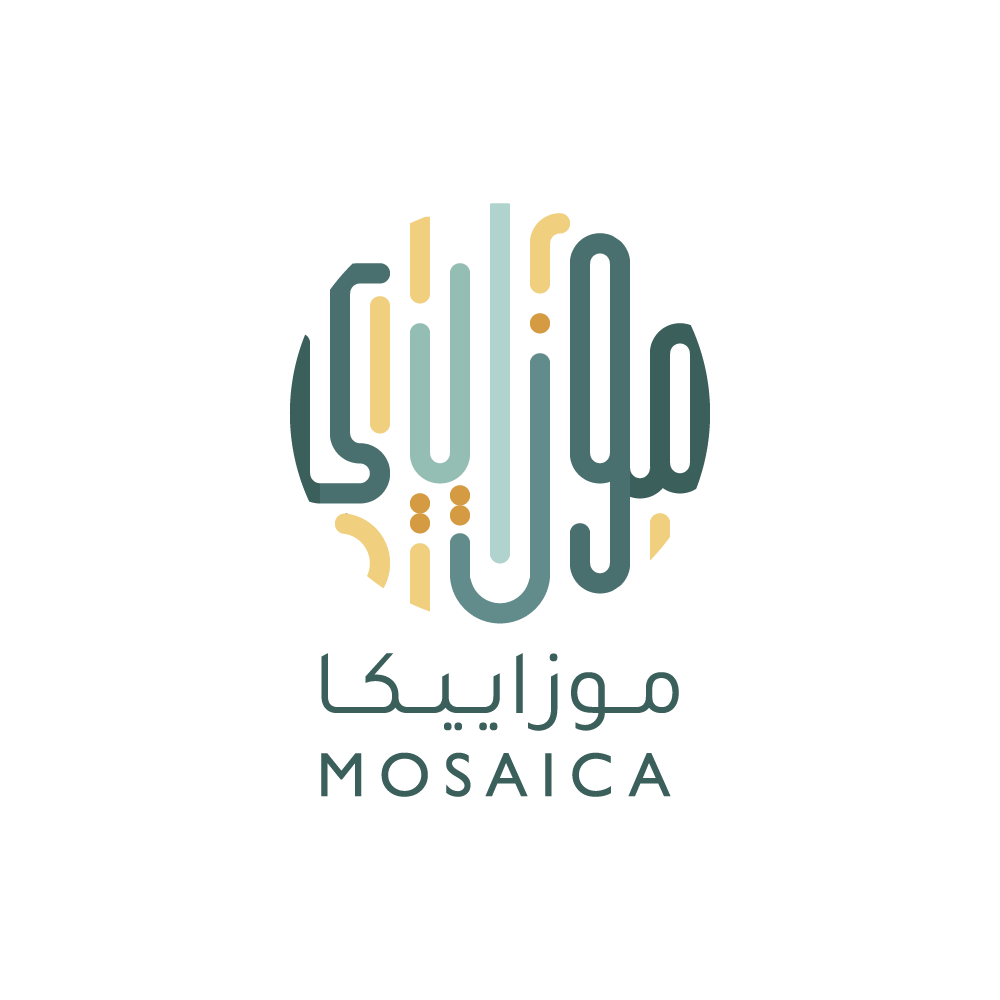 Mosaica Singers is an award-winning choral group that aims to enrich lives through choral music, by uniting people from a variety of backgrounds, cultures, ages and both professional and musical experiences, through their love of music. Just as a mosaic takes different pieces of colored glass or stone to create a work of art, so does Mosaica, bringing together diverse people to create a beautiful sound.

Mosaica has two main groups: Mosaica Singers and the Chamber Choir. Mosaica Singers performs two major shows a year. The Chamber Choir is a group of 24 performers who rehearse all year long to have a more varied repertoire and be available to perform at special events, festivals, and competitions. As of January 2020, Mosaica Kids will be added to our family!

While we are a fairly new choir, our members range from those with decades of choral experience to those who have only recently been introduced to the art form. This past March, the Chamber Choir competed at the ChoirFest Middle East 2019, and won the first place prize of “Choir of the Year”. Mosaica Singers is also a member of the newly formed Arab Choral Network.

We offer members a welcoming environment for musical and personal growth, as well as the privilege of being part of the creation of high-quality musical performances. As part of our mission, we expose members to different kinds of choral music, helping to expand their musical and cultural horizons.

Our objectives extend to our community, as we are dedicated to the growth and enrichment of the cultural scene in Jordan, particularly influencing future generations and instilling the love of music in them. 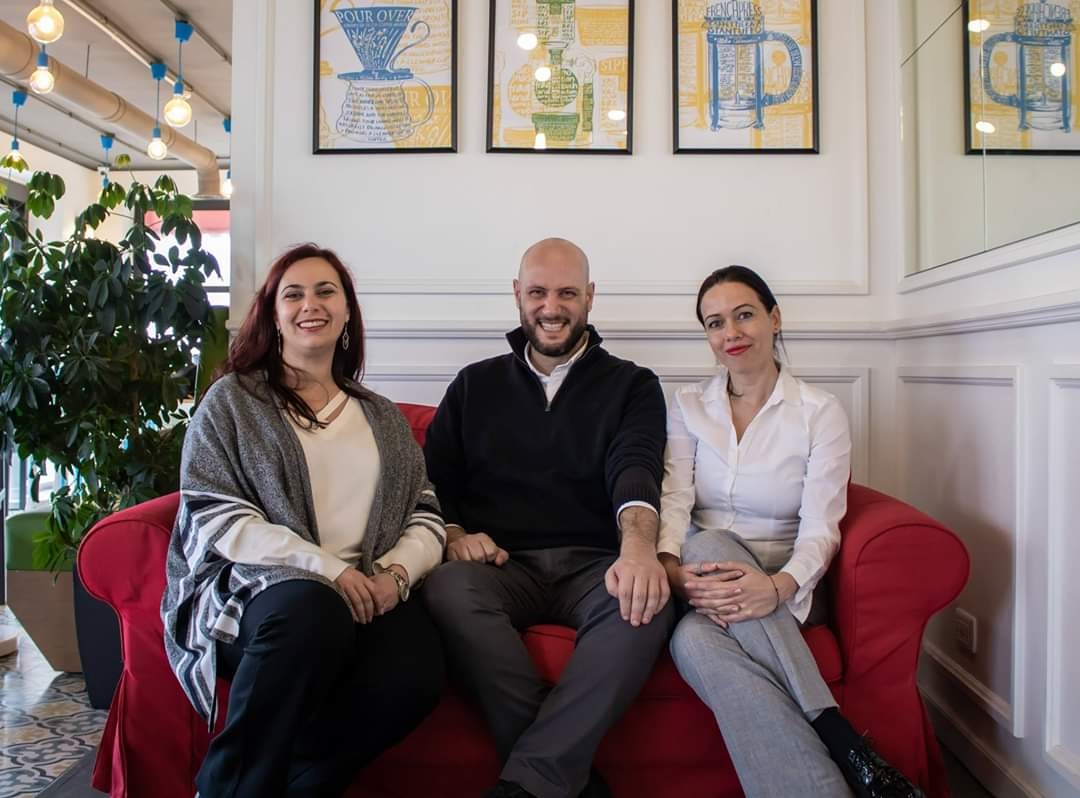 Inspired and encouraged by his father Mitri Muna, Nedy has been studying music since the age of nine. His conducting career has developed over the years through intensive coursework and masterclasses on choral and orchestral conducting within Jordan and outside the region, including courses at the Association of British Choral Directors in Leeds, UK. He holds a certification in 21C Conducting from Sweden in 2015. His musicianship and choral conducting technique have been cultivated with the support and musical guidance of Bill Culverhouse, Amy Bebington, Natasha Mehyar, Shireen Abu Khader and Samia Ghannoum. Nedy has been conducting choirs for the past seven years, conducting several of Dozan wa Awtar Singers’ performances and all performances and tours of ‘Dozan: The Small Group’ in Jordan, Palestine, Egypt, UAE, and USA. Most recently, Nedy attended courses and coaching at the Guildhall School of Music in London that covered conducting, rehearsal techniques, the Kodály approach, and teaching choral music for children, in preparation of opening Mosaica Kids in January 2020.
Nedy is grateful for the support of his family, especially his wife Reem. He is one of the three founders and managing partners of Mosaica Singers, which began in January 2019, and also serves as its General Manager.

Mercedes’s love of the arts was inspired by her grandmother, a community theater director, and her grandfather, an artist. Born in Spain, she began performing and dancing in high school, before starting work on stage productions first in the USA, and then back in Spain. Her special interest in the Arabic language brought her to Amman. While working here, she started performing with local choirs, before once again taking up scenography and artistic management with Dozan wa Awtar Singers. She worked on several projects including “Cinnamon Christmas,” “Dozaneh,” and “An Eastern Christmas”, and most recently Mosaica’s “The Mix-Tape” in July 2019. One of the three founders and managing partners of Mosaica Singers, Mercedes dreams of building a sustainable platform for artists in Jordan, that helps the cultural scene of her new home, brings people together and helps foster mutual understanding among different cultures. Through her work, she says she can be a part of something larger than herself, adding beauty to a sometimes ugly world. Mercedes is supported by her loving son and husband.

Raised by parents who love music, Hala grew up with family sing-a-longs and regular performances. At the tender age of two, she made her debut performance as a sheep in the family’s Nativity play. She joined her first choir at 11, and has continued singing since with choirs in Jordan, the US, and the UK.
Being naturally organized, and a huge fan of EXCEL, she started managing choirs and other community organizations at university. In 2009, she joined Dozan wa Awtar and became responsible for coordinating the involvement of over 60 members and overall operations. She also has over 16 years of professional management experience and a Master’s degree in Organizational Behavior.
Hala is particularly passionate about working with people and creating environments where people can grow amid mutual respect, encouragement, and trust. She is one of the three founders and managing partners of Mosaica Singers, handles all membership affairs, and is a self-confessed hug-o-holic. She is particularly grateful for the love and support of her family. 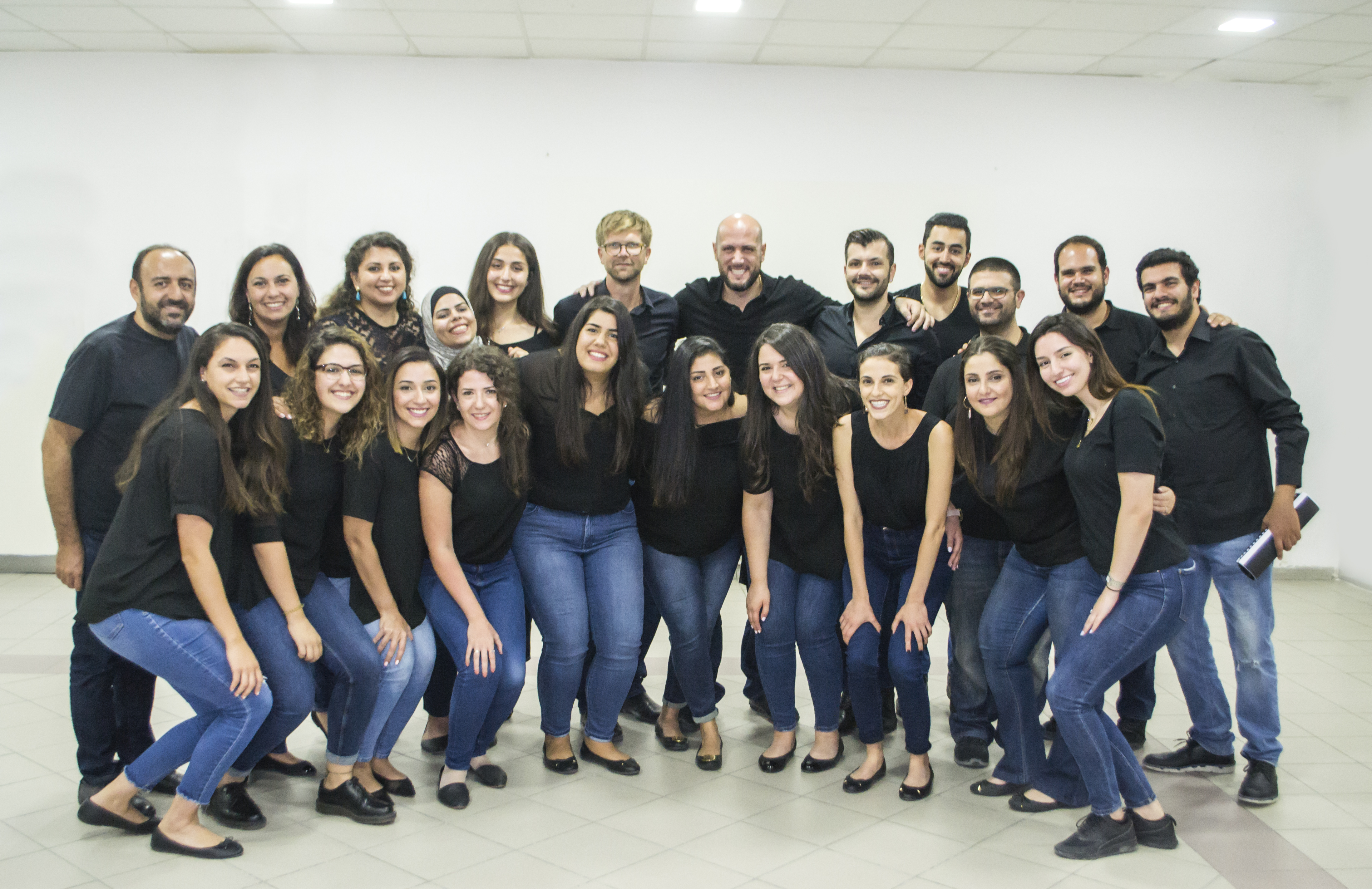 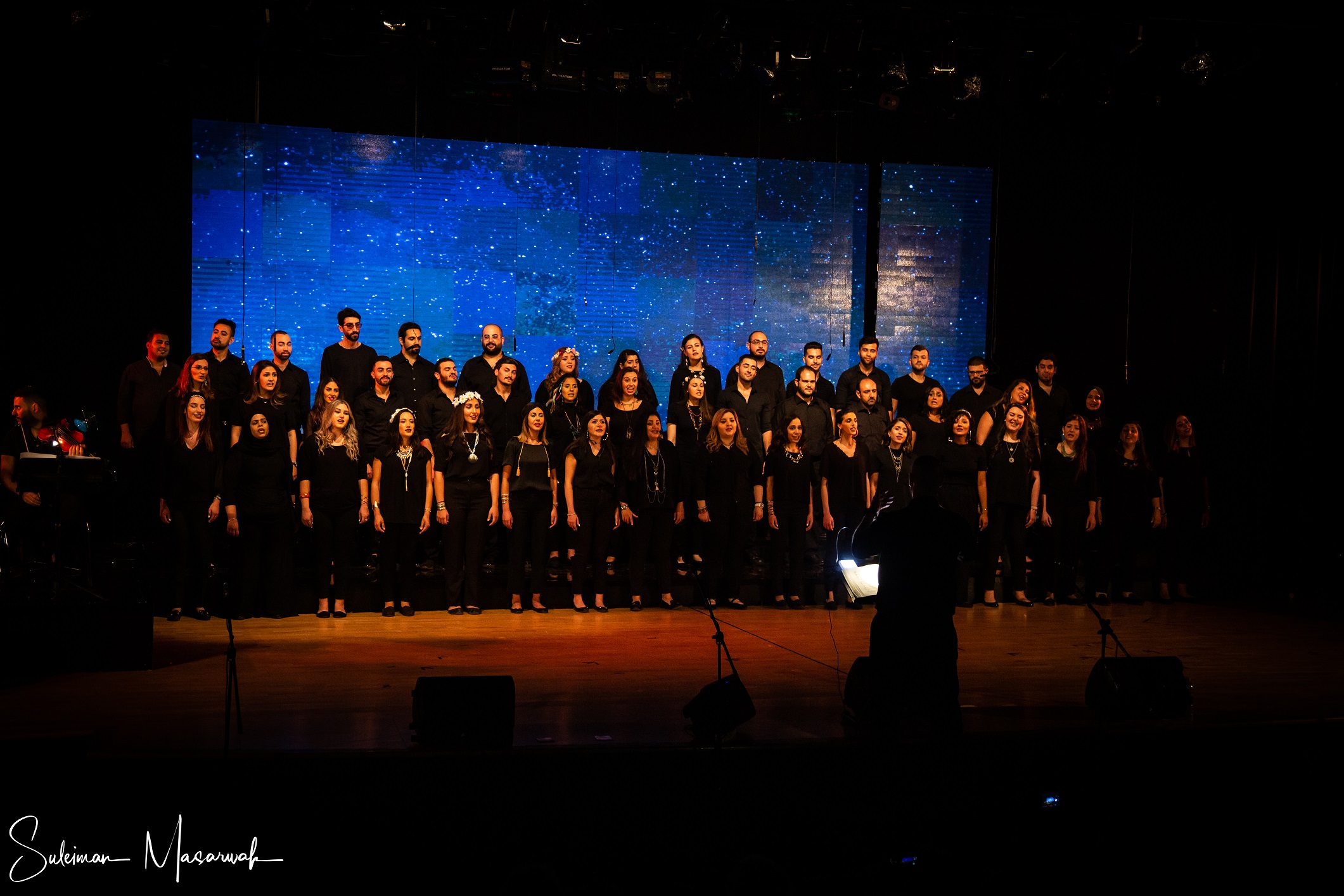 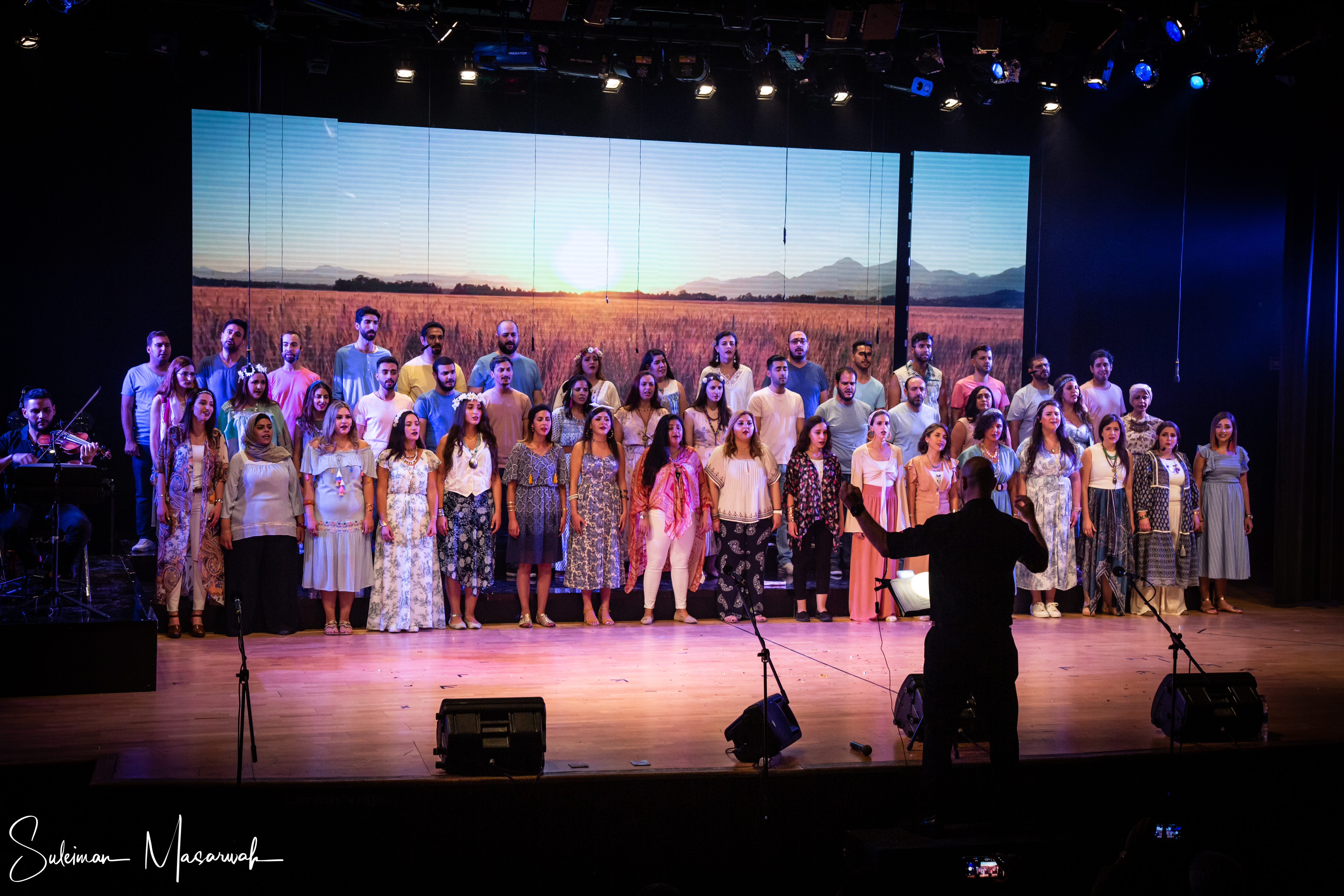 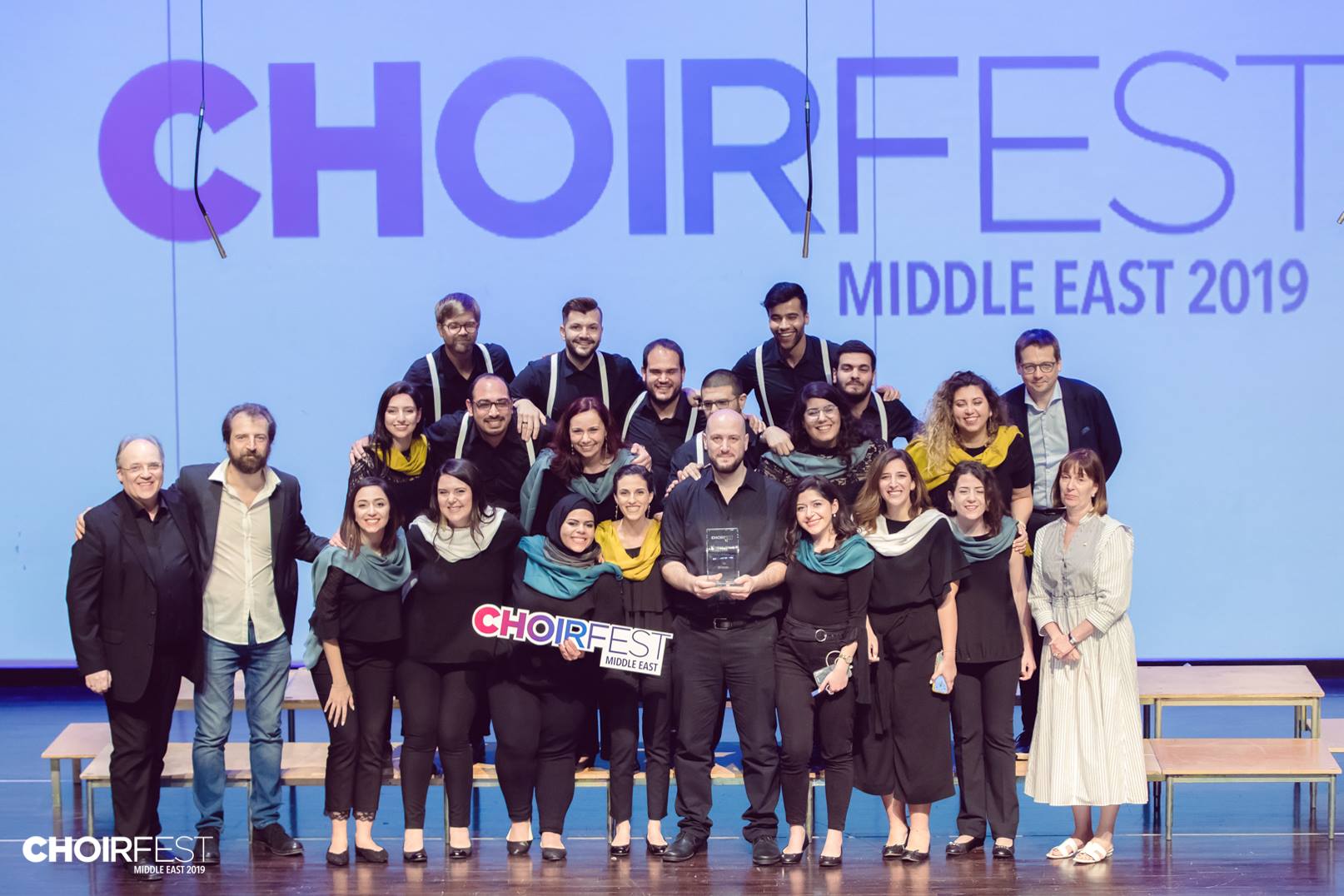 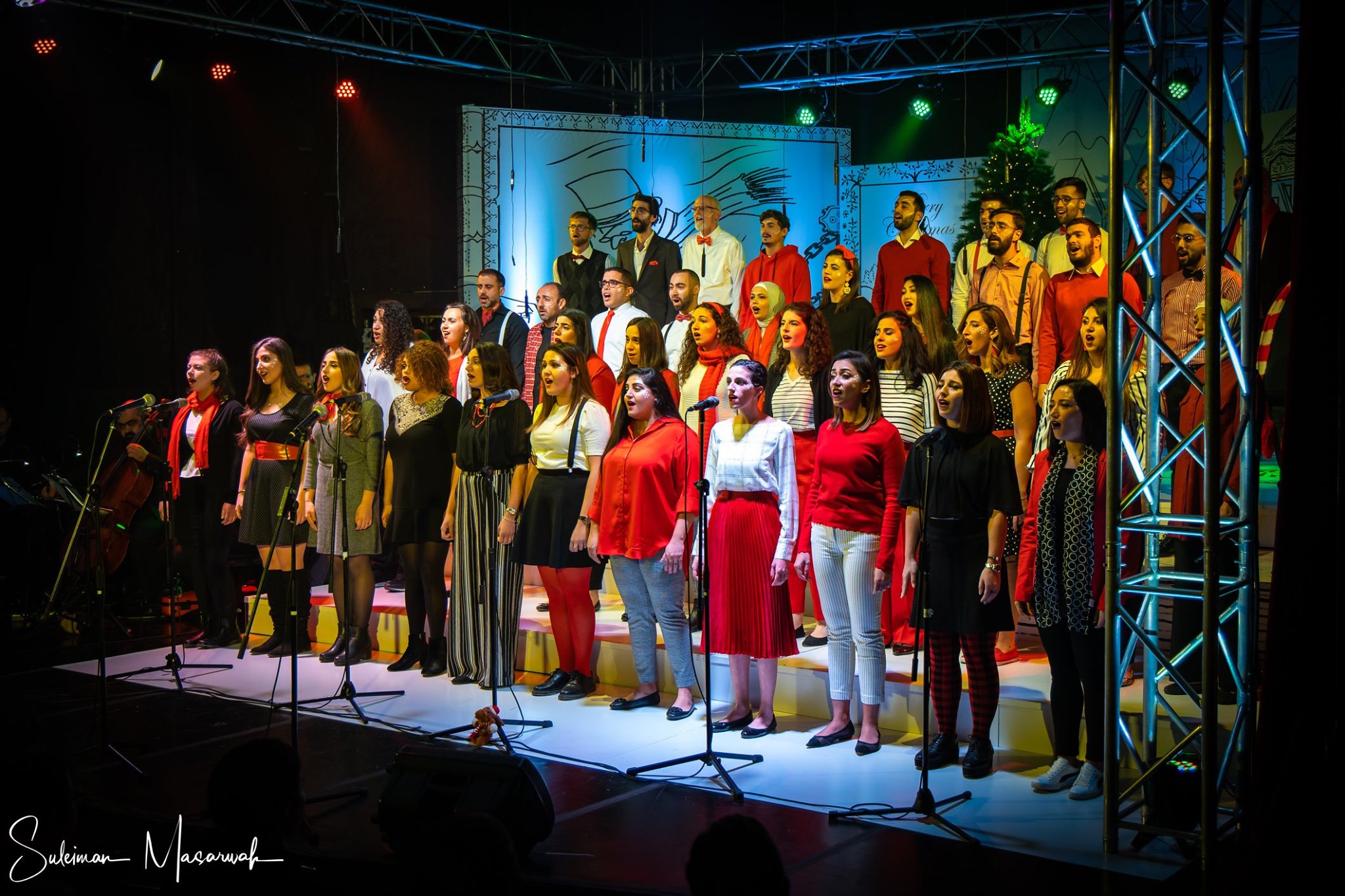